On the 22 January 1922, the first Sunday of the week of the Congress, some of the anti-treaty delegates toured Paris in three cars, each bearing the Irish tri-colour flag.

The Parisian Prefecture of the Police was instructed to keep a strong but discrete eye on the event, which seemed to double as a semi-official state tour of the capital in front of bemused Parisians. The group visited places described in the agenda as ‘of Irish interest’ including; La Bastille, presumably chosen as a symbol of the republic they were in as well as the republic they aspired to in Ireland. Several religious sites were visited - symbolic of the Catholic religion that both Ireland and France shared. The Pantheon was also visited – honouring the French people and nation, and the Irish College on Rue des Irlandais, nearby. At this location Éamon De Valera made a speech to the students in which he stated that ‘he hoped they would all come back good republicans’.

This was cited later in the Dáil enquiry on the Congress, and viewed as De Valera politicising the event. A trip was organised to Montmartre cemetery to visit the grave of an Irish 1798 soldier Miles Byrne who also fought for Napoleon. In another public show of solidarity with France, De Valera and other delegates laid a wreath at the base of the Arc De Triomphe at the tomb of the unknown French soldier.

Though no international State had officially recognised Ireland, this expedition through the city streets of Paris was presented as an official tour by a European State – signified by the cars, the flags and the locations. 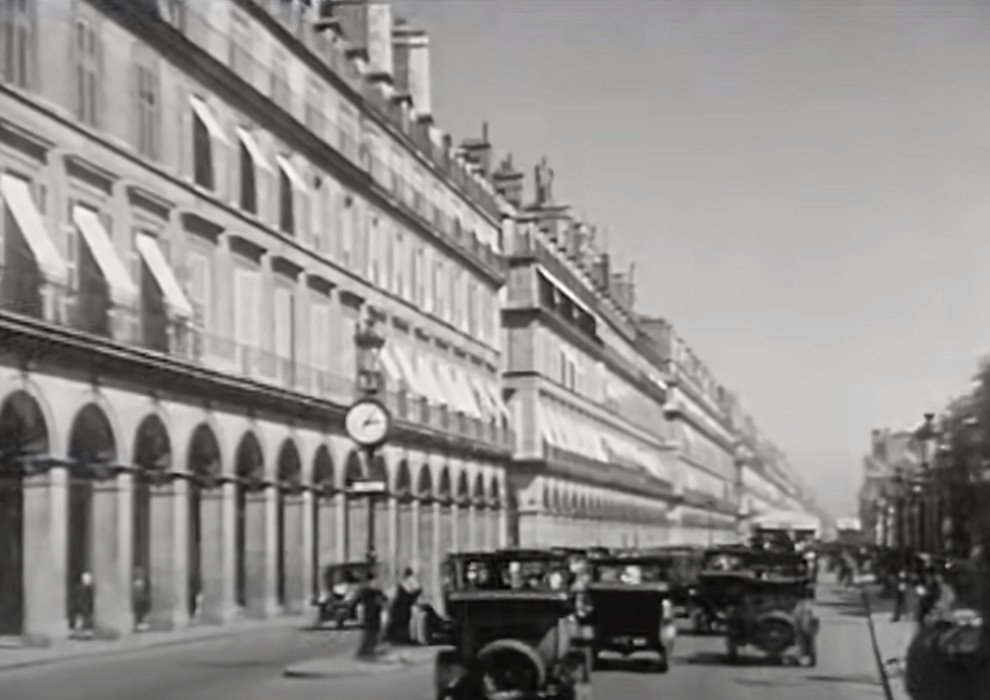