Two evenings of Irish music took place on the evenings of the 23 January and 25 January. Both took place in the Salle de Fetes, Hotel Continental. The music programme was varied, consisting of Irish ballads, hymns and various airs played on a range of traditional Irish musical instruments, fiddle, flute, and whistle. Most related to Irish liberation, recalled past battles, dashed hopes of political freedom, and English atrocities.

One significant contemporary piece played both nights was the ‘two String quartets, dedicated to the memory of Terence MacSwiney’, composed by an Irish American, Swan Hennessey, who was based in Paris. Terence MacSwiney was god-father to Hennessy’s son.

MacSwiney, the Lord Mayor of Cork, was imprisoned in London on numerous charges including of being in the possession of a cypher key to decode RIC messages and seditious documents that recognised the jurisdiction of Dáil Éireann. He died on hunger strike in October, 1920 in Brixton Prison, England in protest to the charges brought by the British authorities. His death was widely reported in the international media bringing the Irish political struggle to a worldwide audience. His sister Mary MacSwiney attended as one of de Valera’s representatives at the Congress, made the references to her brother in music and art, which is discussed later, more poignant.

Arthur Darley (1873-1929), the chief organiser of the musical evenings, delivered the lecture on Irish music and re-enforced the nationalist aspirations of the concerts. He stated that Ireland never bowed to a conqueror and after centuries of suffering and persecution still ‘gloriously preserved’ her life and music and ‘she will once more be the land of song’. 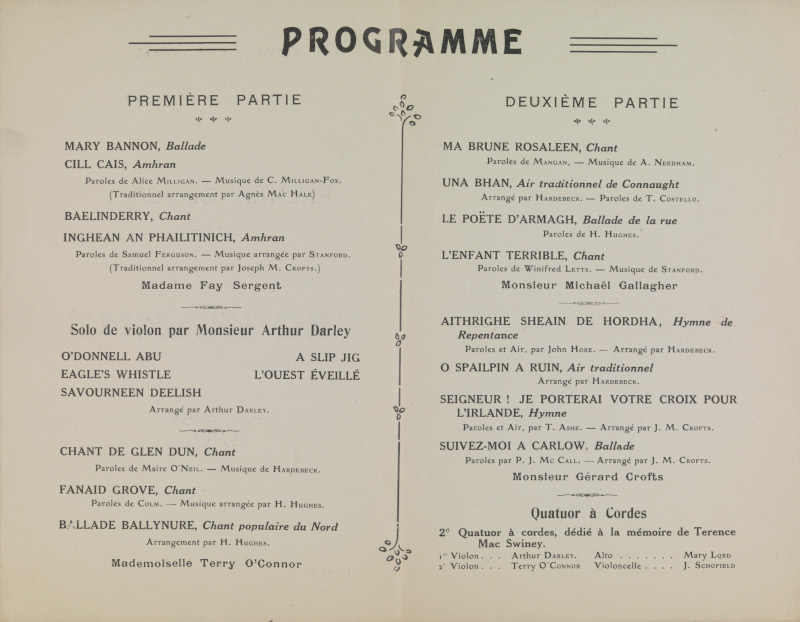 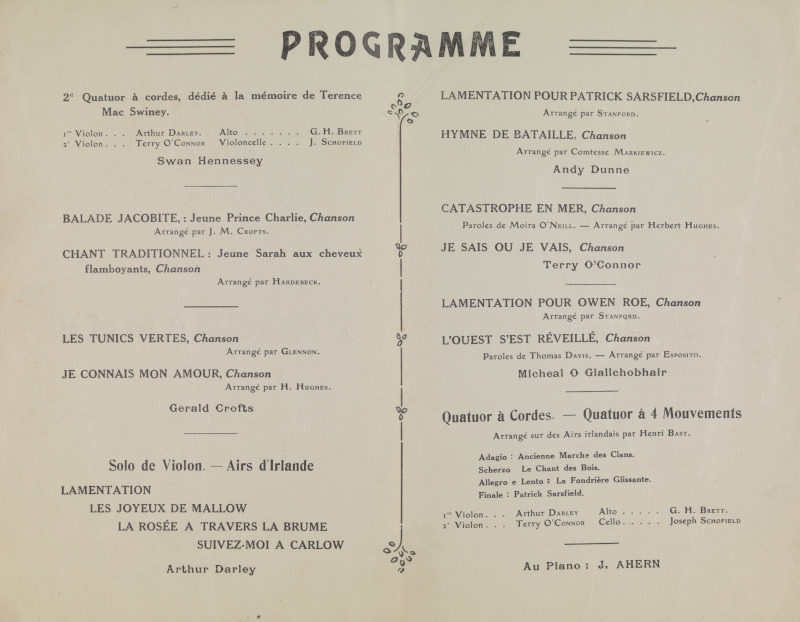 A contemporary CD of music was produced by Liz Carroll and Marty Fahey in response to the music and art showcased at the Paris Congress in 1922.

View the Booklet for more information. The Musicians and composers contributing to this project are: 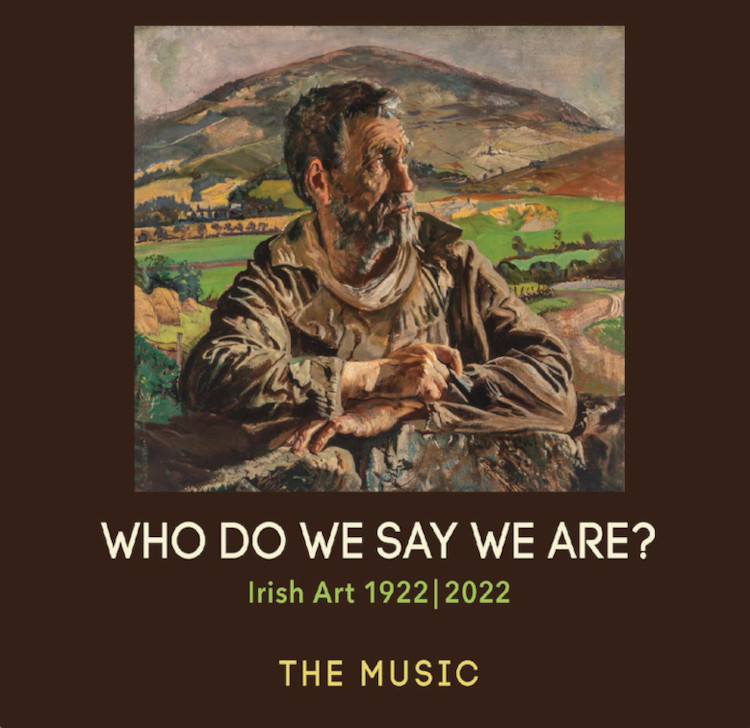 WHO DO WE SAY WE ARE?